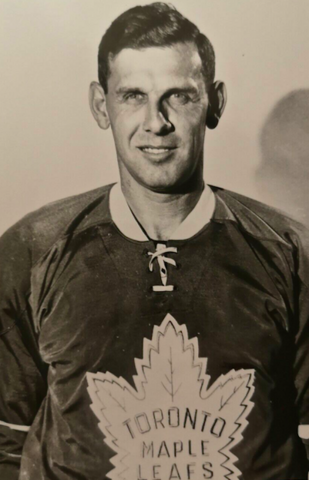 NOTE
Rare photo of Gamble in a Maple Leafs jersey, as he only played 3 NHL games for Toronto.