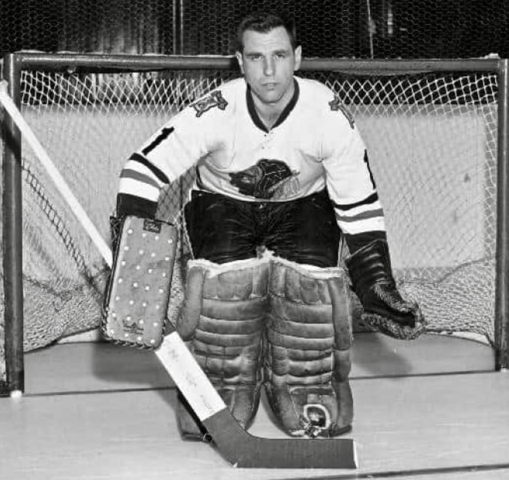 McCartan also played football and baseball. He drew interest from the University of Minnesota as a baseball player, but he never was recruited to play Hockey. McCartan, however, couldn’t stay away from the game for long.

“He was good,” Ikola said. “Of course he had good hands because he was a third baseman in baseball. He was pretty deadly with that glove hand.”

McCartan's heroics helped the United States Hockey team defeat such powerful teams as Canada, the Soviet Union, and Czechoslovakia and win the gold medal at the 1960 Squaw Valley Winter Olympics. For his efforts, he was named as the "Best Goaltender" of the Winter Olympic Games.

McCartan exited with a 3-1 win. Suddenly, ‘Jumpin’ Jack’ had become The Big Apple’s newest conquering hero. Appearing in four games, McCartan went 1-1-2 with a 1.75 goals-against average for the last-place Rangers. But there was a hitch – a U.S. Army hitch. McCartan still was a soldier and had gotten a 30-day leave to play in the NHL. Now, in the midst of his fabulous foray, he had to don military uniform once more.

John "Jack" McCartan was inducted into the United States Hockey Hall of Fame in 1983.