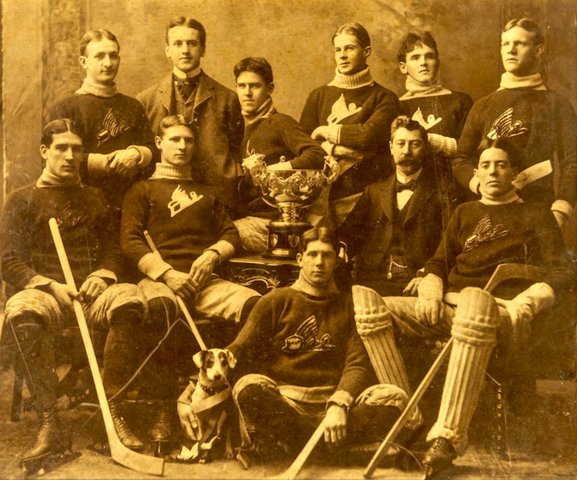 The J. Ross Robertson Cup, described when first presented for the 1899 winner, is of tazza form, is made of purest Canadian silver . It is lined with Canadian gold and richly decorated with bas relief of lions, masks and fells ,which stand out from the piece in high relief . A striking feature of this original cup are three leopard handles , beautifully modelled and chased. Its weight is 130 ounces. It is thirteen inches in diameter and ten in height and stands on a plinth six inches in height, which has six silver Hogarth shaped shields for inscribing the winners names.