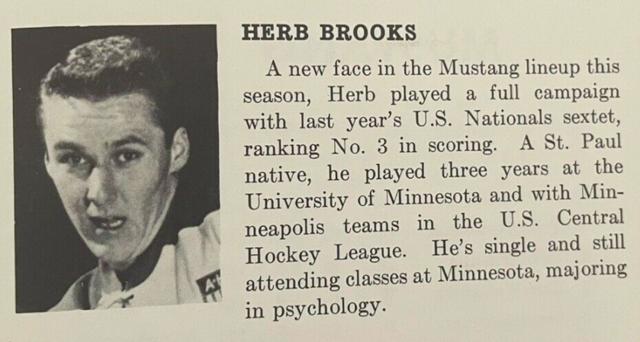 Herb Brooks was inducted into the United States Hockey Hall of Fame in 1990.

Herb Brooks was inducted into the International Hockey Hall of Fame in 1999.

Herb Brooks was elected into the Hockey Hall of Fame in 2006.

Disney released a film about the 1980 Olympic team in 2004 called Miracle featuring Kurt Russell playing the part of Brooks. (Karl Malden had previously played Brooks in a 1981 television film called Miracle on Ice). Brooks served as a consultant during principal photography, which was completed shortly before his death. At the end of the movie there is a dedication to Brooks. It states, "He never saw it. He lived it."

Upon the 25th anniversary of the Miracle on Ice, the Olympic ice arena in Lake Placid, New York, where the United States won the gold medal, was renamed Herb Brooks Arena.

A statue of Brooks depicting his reaction to the victory in the 'Miracle' game was erected at the entrance to the RiverCentre in Saint Paul, Minnesota, in 2003.