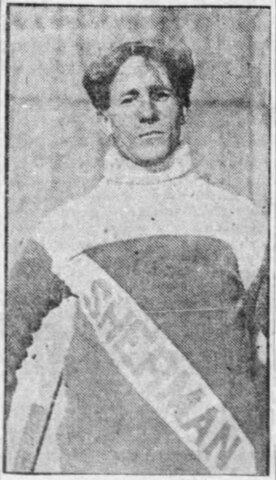 Charlie McCarthy, goaltender of the Calgary Shermans in 1912–13.

In 1914–15 McCarthy played for the Montreal Wanderers in the National Hockey Association. He then quit hockey to focus on his boxing career.

NOTE
In 1907, Bill Sherman purchased an old indoor roller skating rink called the Calgary Auditorium Rink, opened in 1904, and was originally built by George Irish. It became known as the Sherman Rink, and was later the home to the Calgary Shermans.

Sourced from The Calgary Herald, Nov. 7, 1919. Credited to Unknown.