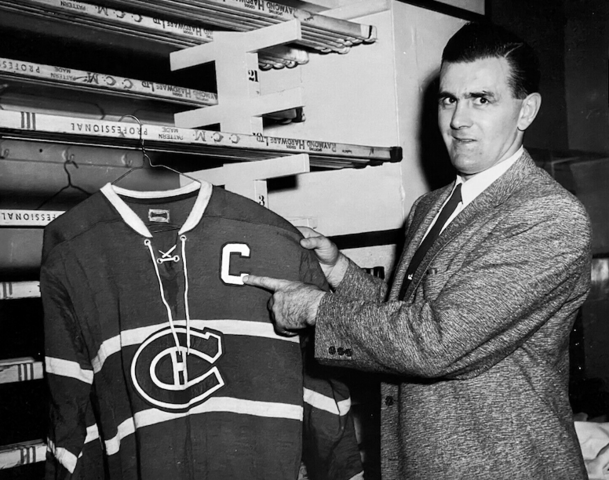 Entering his 15th NHL season in 1956–57, Richard's teammates named him captain of the Montreal Canadiens, succeeding Émile Bouchard, who had retired prior to the season.

The 1956–60 Canadiens rank as one of eight dynasties recognized by the NHL.

No other other team has ever won 5 straight Stanley Cups.

Rocket Richard scored his final NHL goal on April 12, 1960 vs Johnny Bower of the Toronto Maple Leafs at 10:07 of the 3rd period in game 3 of a four game sweep of the Maple Leafs in the Stanley Cup final.

Richard retired in 1960 as the league's all-time leader in goals with 544 regular season and 82 playoff goals (626 total goals).