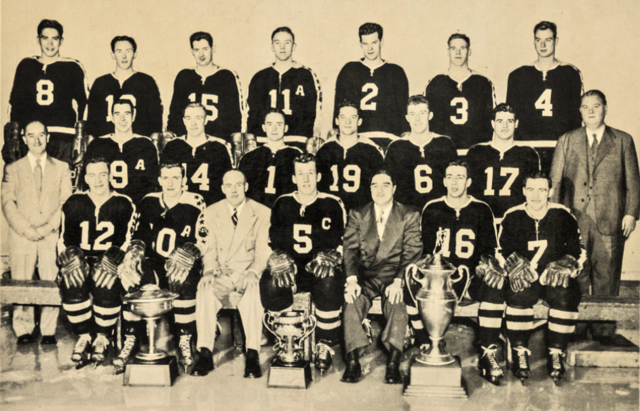 For the first time in team history, Pittsburgh finished first overall in the AHL, finishing with 46 wins and 95 points during the 1951-52 season (both are all-time best in club’s history).

The Hornets then finally won their first Calder Cup on April 20, 1952, by beating the Providence Reds in six games on a goal by Ray Hannigan during the game's second overtime at the Rhode Island Auditorium. The AHL president, Maurice Podoloff, nor the Calder Cup Trophy, were present when the Hornets earned the championship. They were later presented with the Cup while traveling en route to Pittsburgh.

It was also during the 1951–52 season that the Hornets wore black and gold jerseys for the first time.