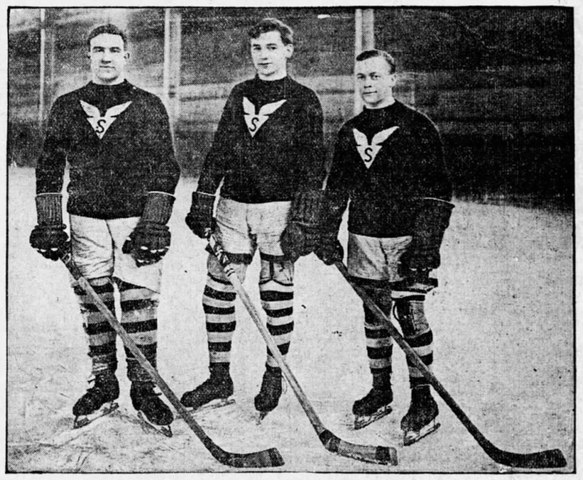 Raymie Skilton was an American from Cambridge, Massachusetts who emerged on the Boston hockey scene, and at the end of the 1911–12 season Canadians Tom Molyneux and Alfred "Brownie" Baker from the Sherbrooke Saints joined Skilton as teammates on the Boston Intercolonials. The following season, in 1912–13, Skilton instead joined Molyneux and Baker on the Sherbrooke Saints in the IPAHU.

Both Skilton and Baker would later represent the Montreal Wanderers. Baker in the NHA between 1914 and 1917, and Skilton for one game during the inaugural 1917–18 NHL season.