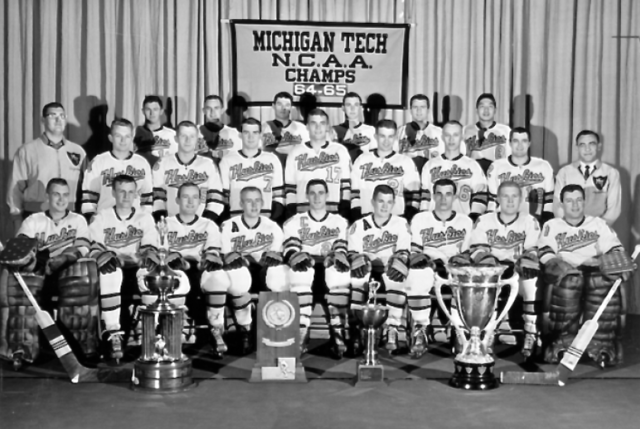 Gary Milroy was named the tournament's Most Outstanding Player after registering two goals and two assists in the championship game.

The Huskies posted two dominating victories en route to the 1965 NCAA championship with a 4-0 victory against Brown (Bears) in the semifinals and a 8-2 blowout of Boston College in the national title game. The 4-0 win was the first shutout in NCAA history for any team in the then-16-years of the tournament.