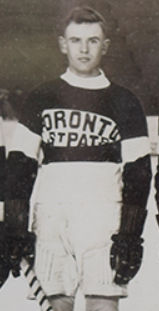 Nolan was a top amateur Hockey player in the Cape Breton Hockey League, playing for the Glace Bay Miners (1915-1919), and the New Glasgow Black Foxes.

Nolan then played 1 season for the Stellarton Seniors, before signing with the Toronto St. Pats December 23, 1921. He played just 2 games for the St. Pats in January, 1922 before being released.

Nolan returned to Nova Scotia, and joined the Stellerton Professionals, playing there until 1925.