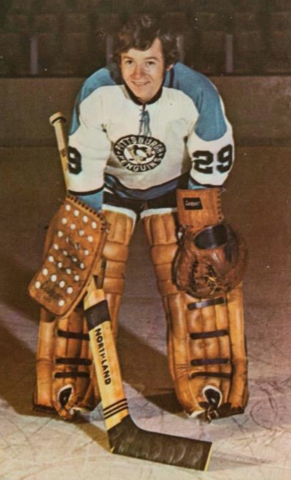 The Pittsburgh Penguins then claimed him in the 1971 NHL Intra-League Draft. As a Penguin, Rutherford played parts of three seasons before being sent back to Detroit with Jack Lynch in exchange for Ron Stackhouse. In his second term as a Red Wings goalie, and over the next 7 seasons, Rutherford would split duties with some of the greatest goalies of that era - Eddie Giacomin, Ron Low, and Rogie Vacho.