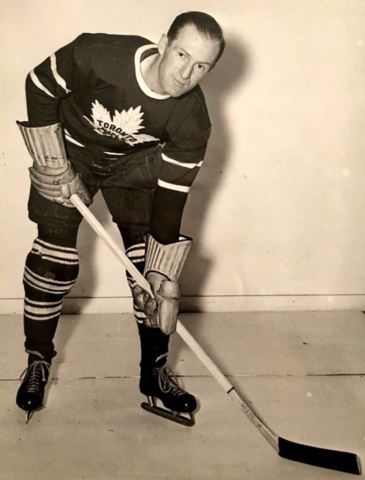 In 12 seasons with the Maple Leafs, between 1934 and 1948 (minus the WWII years), Nick scored 131 goals and 119 assists, playing centre and left wing. He played 9 out of 12 years in Stanley Cup finals. Metz was one of the best defensive forwards and penalty-killers in NHL history.

Inducted into the Saskatchewan Sports Hall of Fame in 1983.

Nick was the brother of Don Metz.