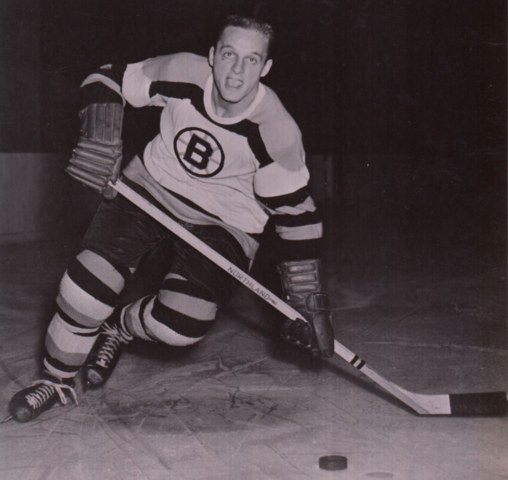 During his junior career with the Barrie Flyers of the OHA, Mohns played left wing rather than defense. It was there that, under the strict discipline of coach Hap Emms, the youngster learned the finer parts of the game. At the time, he liked Emms' strictness like a spoon of bad cough syrup but appreciated the lessons learned as he entered higher levels of the sport. And in the short term, he enjoyed two Memorial Cup championships in 1951 and 1953.

As he turned pro, Mohns managed to forego the customary developmental stint in the minors when the Bruins' Jack McIntyre went down with an injury at the start of the 1953-54 campaign. The junior standout was brought in and placed on defense as a two-week fill-in. Unfortunately for McIntyre, Mohns impressed the team so much that he won a permanent post with the club and McIntyre was sold to the Black Hawks.

Mohns enjoyed his most prolific scoring seasons with the Black Hawks, the best being 1966-67, when he tallied 25 goals and 35 assists in 61 games. That was the first time the Black Hawks ever finished in first place, thus breaking the infamous “Curse of Muldoon.”