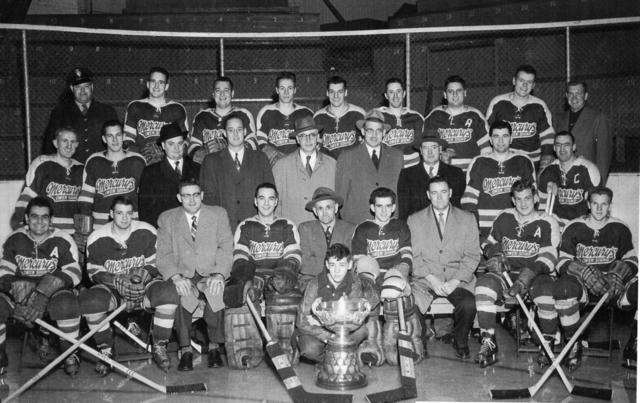 The 1953-54 season saw the Mercury's make it to their fourth straight league final. In their way was the Stratford Indians. Unlike 1952, the Mercury's took it to the Indians and swept the series 4-games-to-none to win their second league title in four seasons. The Mercury's did not make it to the Allan Cup final in 1954, as the Eastern Championship went to the Northern Ontario Hockey Association's Sudbury Wolves.