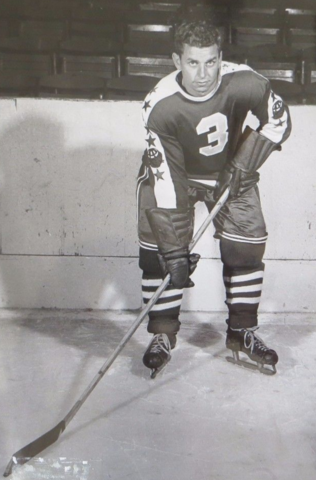 Kemp was a top player for the Hamilton Whizzers of the OHA. This was followed by three seasons with the Providence Reds of the AHL. In 1944-45 he anchored the team's powerplay and recorded 56 points in 57 matches. He was soon elevated to the Toronto Maple Leafs' top affiliate, the Pittsburgh Hornets of the AHL. In 1948-49 he made a one NHL game appearance for the Maple Leafs and was named to the AHL second all-star team.

After playing the 1949-50 season in Pittsburgh, Kemp moved into senior Hockey where he remained for seven years. He was a key two-way defender for the Hamilton Tigers, Toronto Marlboros, Brantford Redmen, Kitchener-Waterloo Dutchmen, and Stratford Indians before retiring in 1957.