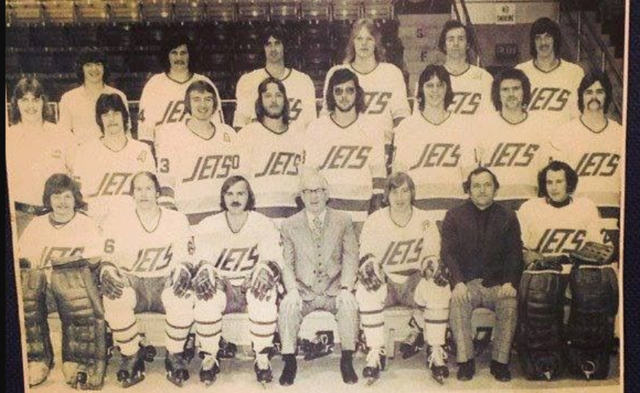 Dick Roberge coached Johnstown to the Lockhart Cup championship 1974–75, defeating the Broome Dusters. That season's playoff run included the Carlson brothers, Jeff, Jack and Steve, who became the basis for the Hanson Brothers in the movie Slap Shot. Jeff and Steve Carlson portrayed their fictional selves in the movie, while former Jet Dave Hanson portrayed Jack. The Jets played four seasons total in the NAHL before the league folded in 1977. The team itself folded in the offseason, when the Johnstown flood of 1977 damaged the arena's ice making equipment.

A Hockey fan by the name of Nancy Dowd (sister of Jets player Ned Dowd) wrote Slap Shot. When it came time to cast players Nancy suggested that director, George Roy Hill, give the Carlson Brothers and Davey Hanson a chance to play themselves. The filming was to take place in the off season, but Jack Carlson got called up because Edmonton made the playoffs. Davey Hanson took Jack’s place and Jerry Houser was cast to play Dave’s original role, “Dave ‘Killer’ Carlson.”