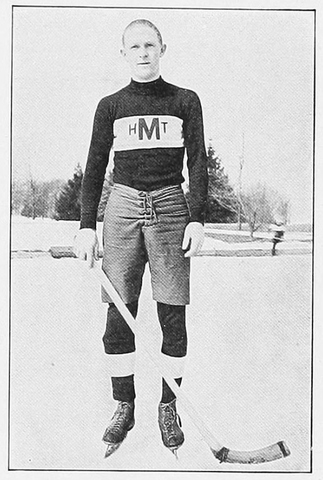 Dettmar Wentworth Jones, rover on the ice hockey team of University of Massachusetts at Amherst in 1911–12.

Dettmar "Det" Jones was born on September 9, 1890 in Melrose, Massachusetts and played on the university team at Amherst for four seasons between 1911–1914. In 1916 and 1917 Jones was a member of the Boston Athletic Association ice hockey team that won the American Amateur Hockey League championships. In 17 combined league and playoff games over two seasons in the AAHL Jones scored 8 goals.