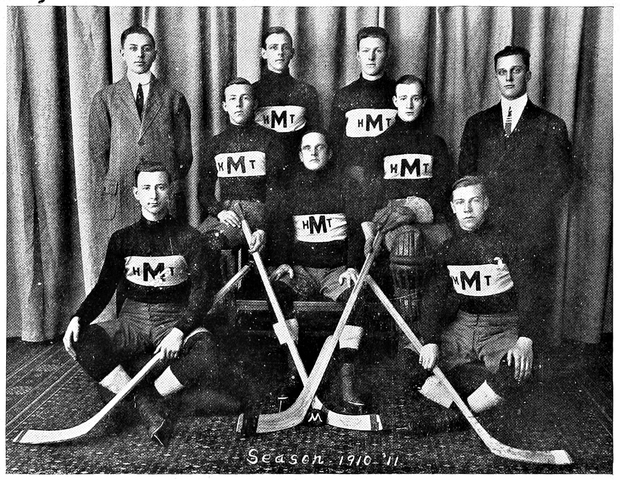 Ice hockey team of University of Massachusetts at Amherst in 1910–11. Forwards Jack Hutchinson and Dettmar Jones later went on to play on the Boston A. A. teams that won the 1916 and 1917 American Amateur Hockey League championships.