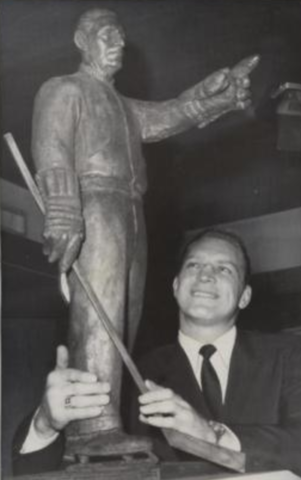 The Lester Patrick Trophy has been presented by the National Hockey League and USA Hockey since 1966 to honor a recipient's contribution to ice Hockey in the United States. It is considered a non-NHL trophy because it may be awarded to players, coaches, officials, and other personnel outside the NHL. The trophy is named after Lester Patrick (1883–1960), player and longtime coach of the New York Rangers, who was a developer of ice Hockey.