Henrik Sedin Scores his 1000 point as a Canuck, and is congratulated by Luongo 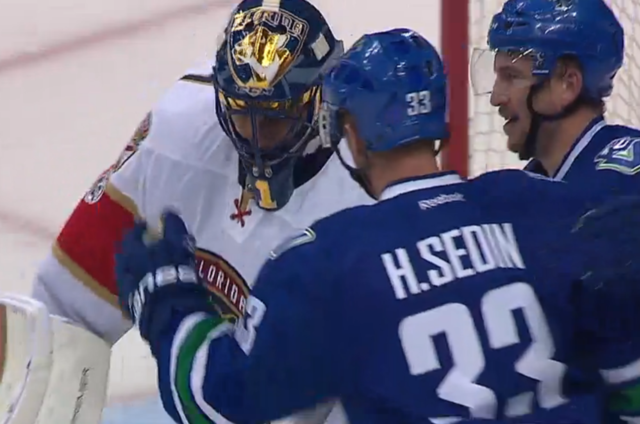 Henrik Sedin Scores his 1000 point as a Vancouver Canuck, and is congratulated by Roberto Luongo, who he scored it against.
Luongo is also Sedin's friend and ex teammate for eight seasons.

Sedin is the 85th player to score 1,000 NHL points, the 38th to do it with one franchise, and the fourth who was born in Sweden. He received an extended standing ovation from the crowd at Rodgers Arena in Vancouver.

Sedin is now know in Vancouver as Henr1K