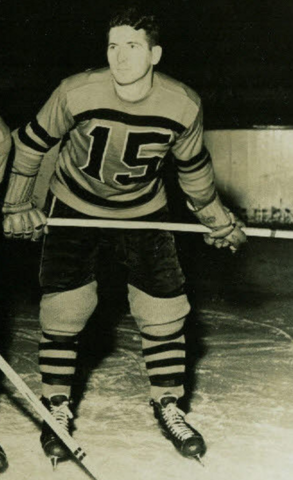 Adam also was 2nd in Eastern Hockey League / EHL scoring in 1956-57, playing for the Charlotte Clippers, where he scored 65 goals and and 49 assists in 63 games.

Adam would finish his pro Hockey career in the EHL, playing for the Philadelphia Ramblers from 1958 to 1961, while also being their playing coach on the team.

Adam became a head coach with the Rochester Americans of the AHL in 1971-72, but was replaced mid-season by team member Don Cherry.