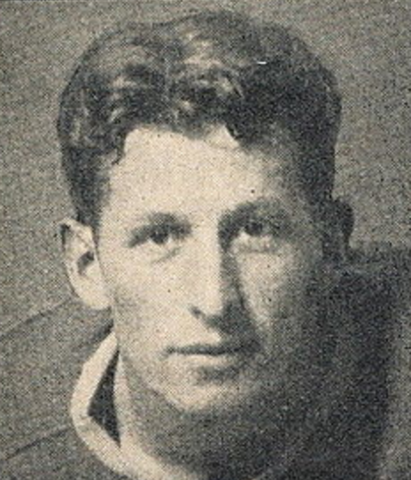 Heller played all his minor and junior Hockey in Kitchener, playing for the Kitchener Empires in 1927 and 1928 which won the Ontario Championship in 1928., before turning pro with the New York Rangers farm club Springfield Indians of the Canadian-American Hockey League / Can-Am in 1929.

Heller played 2 full seasons in Springfield and split his third season there with the Rangers, playing 21 games with each club.

Heller would join the Rangers full time the next season in 1932-33, a season which concluded with the Rangers winning its second Stanley Cup in 1933, as Heller contributed 3 goals in 8 games after scoring 5 in 40 regular season games.

Heller was a great skater, and not afraid to join or even lead the rush from time to time. His most famous goal came in a playoff game against Montreal very early in his career. He dashed from one end of the rink to the other to score the game's only goal.

Heller's career would come to be known for his skating ability, strong defensive play, durability, and he was tough too, often training with local boxers at a local gym.

Heller played with many of the Rangers' greats on defense. He started out partnering with Ching Johnson. In the 1933 championship season he teamed with Babe Siebert. Over the next several years he partnered with the likes of Doug Brennan, Art Coulter, Joe Cooper, Babe Pratt and Muzz Patrick.

The 1939-40 season would see the Rangers capture the Stanley Cup once again, as Heller's longevity would make him the only member of both the 1933 and 1940 Stanley Cup championship teams.

During his 15th season with the Rangers, rarely ever missing a game, Heller was sent down to the St. Paul Saints of the USHL as New York was on it's way to it's fourth consecutive last place finish, necessitating a youth movement.

Heller played in 646 career games, once a team record. He scored 55 goals and 231 points in an era when defensemen really were there for defense only. He added 6 goals and 14 points in 61 Stanley Cup playoff games.

Despite no longer being in the NHL, Heller's career was by no means finished, as he would continue playing ten more seasons, starting in the American Hockey League in 1946-47 with the New Haven Ramblers, where he scored a career high 36 points.

After a second season with the Ramblers, he found a home with the Indianapolis Capitols for four seasons as a player/coach.

Heller would guide the Capitols to win the Calder Cup in 1950 before returning to New Haven, this time with the New Haven Nutmegs of the Eastern Amateur Hockey League in the final season of the team and league.

Ott played senior Hockey with his hometown Kitchener Dutchmen in 1952-53 and lend his services to the Cleveland Barons for the AHL playoffs. Still not ready to hang up his skates, he played for the Marion Barons of the International Hockey League in 1953-54.

Ott's career would finally wind down with 18 games with the Valleyfield Braves and 6 games back with the Cleveland Barons in 1954-55 and 7 games of senior Hockey with the Chatham Maroons in the Ontario Hockey Association in 1955-56 at 45 years of age.

"Ott was a Hockey player, simple as that," recalled Emile Francis, in the book 100 Rangers Greats. "He was as tough as nails, and not an ounce of fat on him. What an athlete. It seemed like the guy played forever, and at such a high level. He was amazing."

Ott Heller is a Waterloo Region Hall of Fame Inductee.