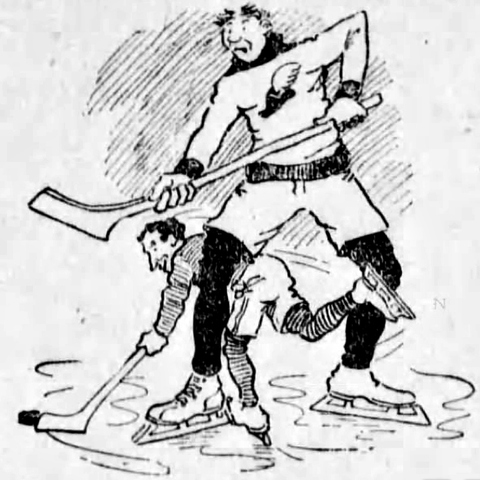 Sars Kennedy, predominantly a right winger, was one of the smallest players in the league, standing at 5 feet and 5 inches, while Fred Broadfoot was a tall and lanky defenseman, hence the caricature of Kennedy skating between Broadfoot's legs. Both players were originally from Ontario, Canada. Kennedy from Barrie and Broadfoot from Seaforth.