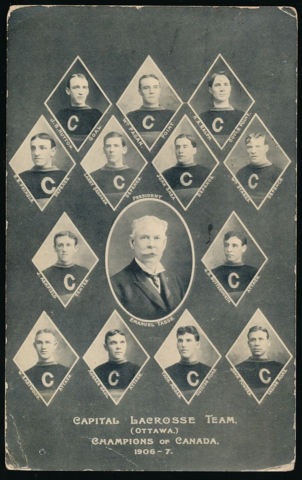 Ottawa Capitals regained the Minto Cup in 1906. After the National Lacrosse Union finished in a four-way tie between Toronto Tecumsehs, Toronto Lacrosse Club, Ottawa Capitals, and Cornwall Colts each with 7 wins to their credit, a tiebreaker playoff series was required. The Tecumsehs defeated their crosstown Toronto rivals 12-7 in aggregate score while the Capitals defeated the Colts 8-2 in their two-game, total goals series. Ottawa then met the Toronto Tecumsehs in the two-game final and took the silverware on the heels of their lopsided 14-3 aggregate result in the two-game final.