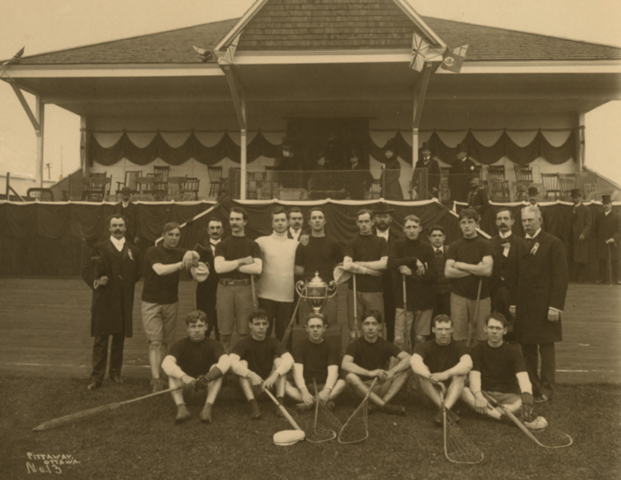 The Ottawa Capitals were handed the Minto Uup in 1901 as its first holders on account of being champions of the National Lacrosse Union the previous season. The first Minto Cup championship game was played on September 29, 1901 between Ottawa Capitals and Cornwall Colts. Won by Ottawa 3 goals to 2.

The future King George V and Queen Mary were both in attendance as spectators – and after the match, the King was presented with a lacrosse stick and the game ball.

Donated on March 16, 1901 by the Governor General of Canada, Sir Gilbert John Murray Kynynmond Elliot, 4th Earl of Minto, the Minto Cup was first awarded to the senior amateur lacrosse champions of Canada.