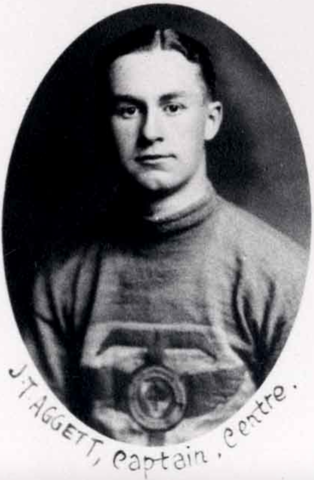 Jack T. Aggett was the University of Toronto Schools team captain, and played the position of centre during the season of 1918 - 1919.

The Memorial Cup-winning goal was Toronto's ninth goal in the opening game, of the 2 game total goals championship series. It came from Aggett early in the third period. final score was University of Toronto Schools 14 to Regina Patricians 3.

The games were played at Arena Gardens on Mutual Street in Toronto, Ontario.