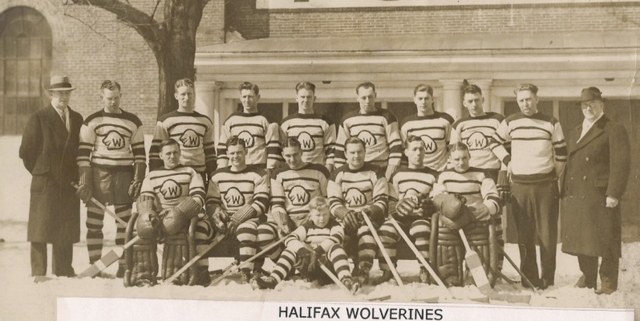 The Halifax Wolverines were the first team from Nova Scotia to win the famed Allan Cup, emblematic of senior Hockey supremacy in Canada.

The Wolverines met and defeated clubs from Charlottetown and Edmundston thereby representing the Maritimes in Allan Cup playdowns. The semi-final, which found the highly touted Montreal Royals squaring off with the Wolverines in the best of three series turned out to be a thriller. The series had to have a fourth game as the first game of the series was a tie. The Royals won the second game 4-3 and the Wolverines rebounded with a 4-2 victory in the third game. A fourth game was needed and was won handily by the Wolverines 7-2.

The Halifax squad then played host to the Port Arthur Bearcats for the coveted Allan Cup and swept the series in straight games.