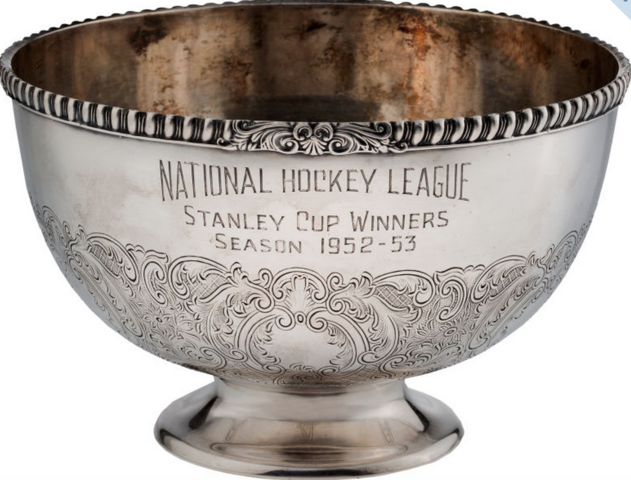 The Montreal native was a key part of eight Stanley Cup-winning squads.

Appropriately elegant prize recognizing the Canadiens' victory in the 1953 Stanley Cup Finals was presented to the Hall of Fame legend, Rocket Richard.

The silver-plated copper bowl was originally sourced from the Richard's personal collection, it stands six inches tall with a bowl diameter of eight and a half inches.