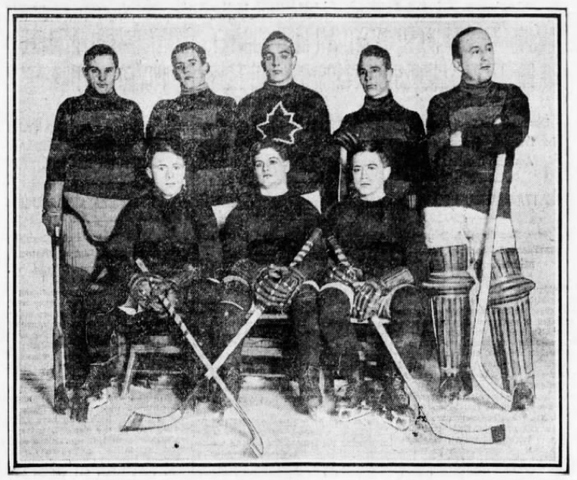 The New York Wanderers of the American Amateur Hockey League in the 1909–10 season.

Missing from this team picture is Sprague Cleghorn who played at the center forward position for the New York Wanderers in the American Amateur Hockey League during the 1909–10 season.