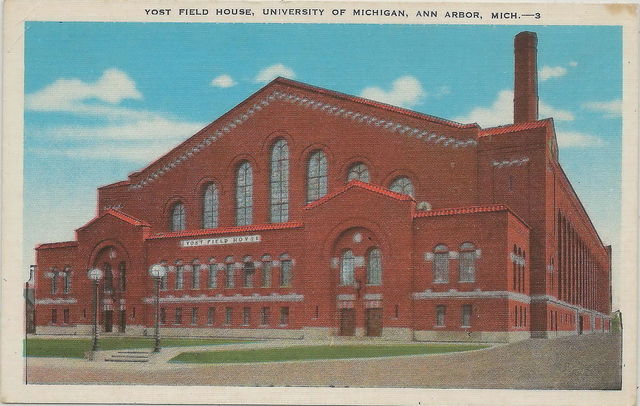 Built in 1923 as a field house, the facility is named in honor of Michigan's legendary football coach and athletic director, Fielding H. Yost. For many years, it housed the Michigan men's and women's basketball teams, until those teams relocated their sporting events to the larger Crisler Arena in 1967. It also housed the track teams in the 1950s. In 1973, it was converted into an ice arena, and the Michigan hockey team has used it ever since. The University of Michigan's Senior and Collegiate synchronized skating and freestyle teams also practice at Yost. In addition, local high school teams, recreational leagues (AAAHA) and the university's intramural hockey league call it home.