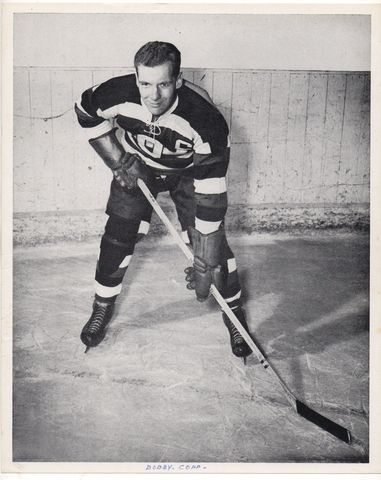 Copp spent four seasons playing for Mount Allison University, then moved on to also play for the University of Toronto (1938-40). With his collegiate career behind him, Copp moved on to the Toronto Marlboros (1939-42) which led to him joining the Toronto Maple Leafs in 1942.
Copp played 38 games for the Leafs, scoring 3 goals and 12 points. Though Copp did have a second season with the Maple Leafs, seven full years would pass before he would return to the blue and white. Copp spent that time primarily with the Quebec Senior Hockey League's Ottawa Senators.

Member of the Amherst St Pats, winners of the 1936 Maritime Championship.