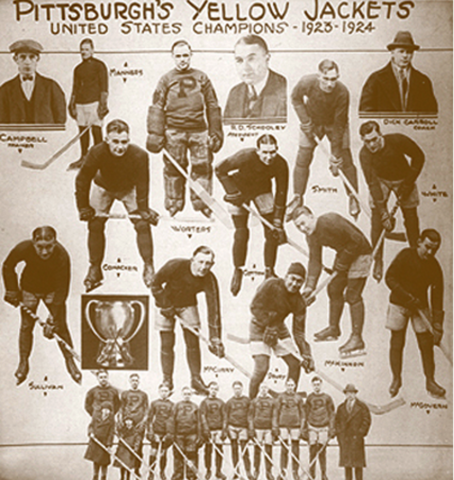 The Yellow Jackets posted a 15-5-0 record for the 1923-24 season, to earn first place in the league's Western group. Pittsburgh then defeated the Boston Athletic Association to win Fellowes Cup 4 games to 1 in playoffs and the United States Amateur Hockey Association championship.

The Yellow Jackets played at the Duquesne Gardens in Pittsburgh.