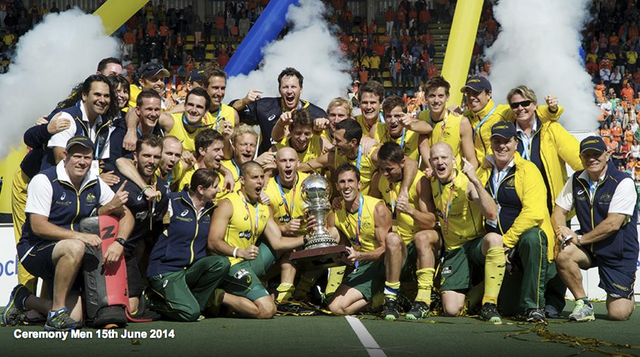 Australia’s men’s Hockey team, the Kookaburras, has been crowned world champions once again after an emphatic 6-1 win over World Cup hosts and Olympic silver medallists, the Netherlands.

A hat-trick from penalty corner specialist Chris Ciriello helped the Kookaburras to a second consecutive world title as they stunned the hosts to become only the third team to successfully defend a world crown, following in the footsteps of Pakistan and Germany.

On the biggest of stages, Simon Orchard made his 150th appearance for the Kookaburras while five times World Player of the Year Jamie Dwyer drew level with Jay Stacy as Australia’s most capped player ever with 321 appearances in the green and gold.