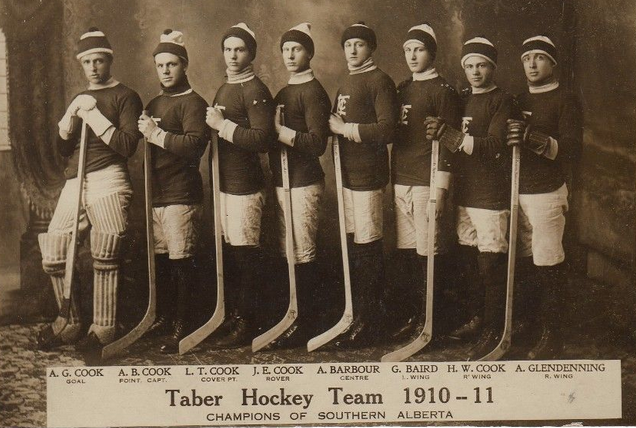 The Cooks were a collection of brothers and cousins. Arnold, Wilbur, Lloyd and Leo were brothers, and Arnold was team captain.

Lloyd Cook was Stanley Cup Champion in 1915 with the Vancouver Millionaires.

Alf Barbour appeared with the Portland Rosebuds in the 1916 Stanley Cup finals against the Montreal Canadiens.

George Baird died in World War I, 20 years old, where he appeared with the 27th Battalion.

All the Cooks originally came from Ontario whereas Barbour and Baird hailed from Manitoba.