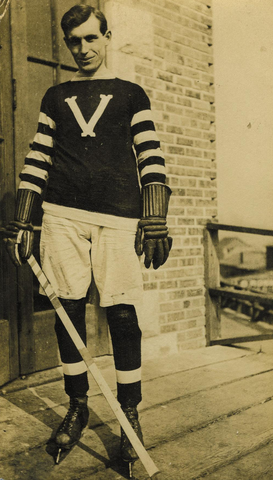 Harris first played senior Hockey with the Kenora Thistles in the 1909–10 season.

In 1911, he joined the Vancouver Millionaires for the first season of the Pacific Coast Hockey Association / PCHA, playing three seasons before being traded to the Portland Rosebuds before the 1914–15 season.

Harris played four seasons for Portland. Portland won the PCHA championship in 1916, briefly taking over the Stanley Cup before losing it in the 1916 Stanley Cup Finals to the Montreal Canadiens. After Portland folded, Harris returned to the Millionaires & Vancouver Maroons, playing another five seasons. With Vancouver, Harris played in the 1921 and 1923 Stanley Cup series, both times against the Ottawa Senators.

Harris played one season, with the Seattle Metropolitans in 1923-24, he was then traded to the Boston Bruins of the NHL where he scored the 1st goal in Boston Bruins history. He played six games before being traded again, to the Vancouver Maroons of the WCHL.

After one season with Vancouver, Harris moved to California where, except for 1926–27 where he played for the Edmonton Eskimos of the Prairie League, he played out his career for teams in Los Angeles and San Francisco in the California Pro League.

Harris's final season was 1931–32 for the San Francisco Rangers.

Harris was briefly playing coach for Richfield Oil in 1925–26, and coached a full season for the Hollywood Millionaires in 1929–30.

HOCKEY HISTORY
Harris scored the first goal in Boston Bruins' franchise history on December 1, 1924 vs the Montreal Maroons, in a 2 to 1 victory at Boston Garden.