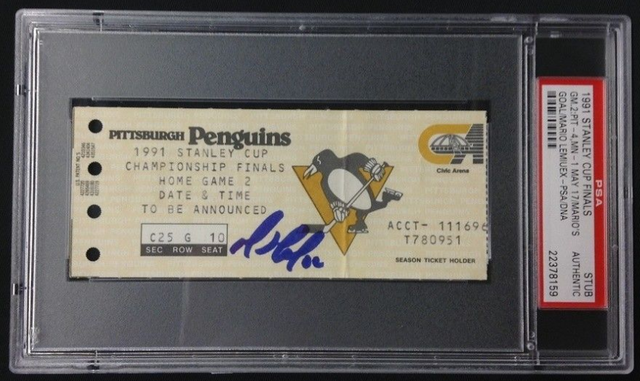 Pittsburgh center Mario Lemieux, despite missing a game due to a back injury, recorded twelve points in five games to lead all scorers, and won the Conn Smythe Trophy. One of the most famous goals in NHL history was the goal he made in the second period of the second game. Receiving the puck between the Penguins blue line and the center line, (on a delayed penalty call to Doug Smail) Lemieux skated solo into the North Stars zone facing two defensemen (Shawn Chambers and Neil Wilkinson) and the goalie (Jon Casey) by himself. Mario Lemieux skirted the puck through the legs of Shawn Chambers, skated around Chambers, got the goalie Jon Casey to commit left (Lemieux's right), then switched the puck to his backand side and slid the puck into the net before crashing into the net himself. The brief video of the goal has since been featured on recent Stanley Cup promo ads by the NHL.