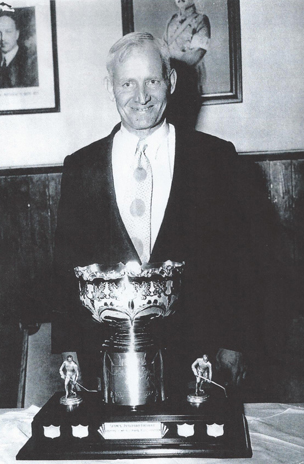 Edwin Sandblom with the Kanada-malja Trophy in 1950 at Sampo Hall in Sudbury, Ontario, Canada.

Sourced from Michael Sandblom and Family.