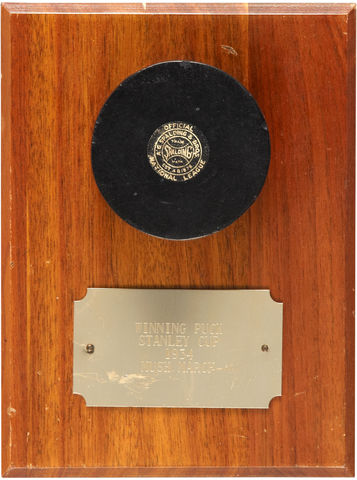 Stanley Cup Winning Goal Puck Scored by Mush March in 1934 during the 2nd Overtime of game 4.

The goal came at 30:05 into the second overtime period, and was scored against Detroit Red Wings Goalie Wilf Cude.

March, realizing the historical significance of this puck dove into the net and retrieved it, holding on to it for his entire life.