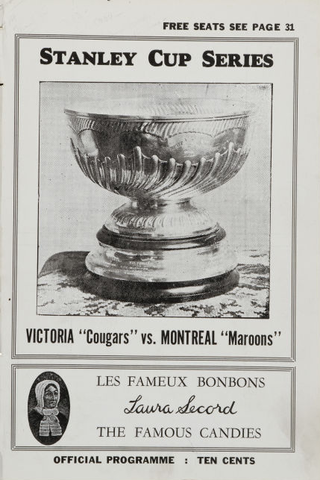 The original game program shown here is from the 1925-26 season, and it presents the final time a non-NHL team would contest for the Cup, due to the WHL folding following the 1926 Finals. Originating from Game 1 of the 1926 series between the Victoria Cougars vs. the Montreal Maroons