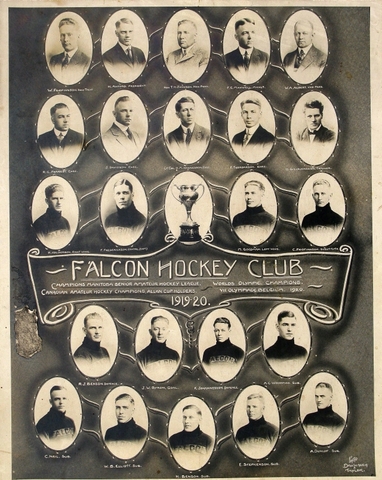 The team went on to play in the 1920 Summer Olympics in Antwerp, Belgium. It was there that the team won the first Olympic Gold Medal in ice Hockey. Although an official part of the Summer Olympic Games, Hockey and figure skating events were held in late April and early May, while the weather was still cool enough for suitable ice conditions in the arena.