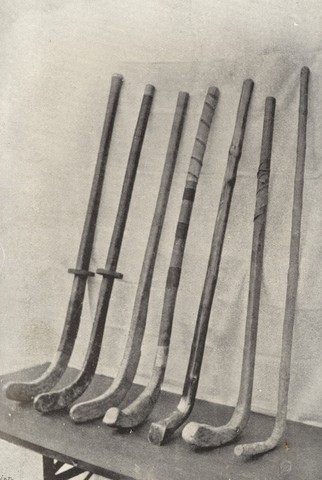 Sticks were cut from knotty holly, oak, or any fairly straight stout growth.

Stronger sticks were tried of seasoned holly or oak, which had their sway for many years.

Each player would pick or have made a stick to suit his own particular idiosyncrasies.These stout weapons lasted many years, and very devoted one became to them.