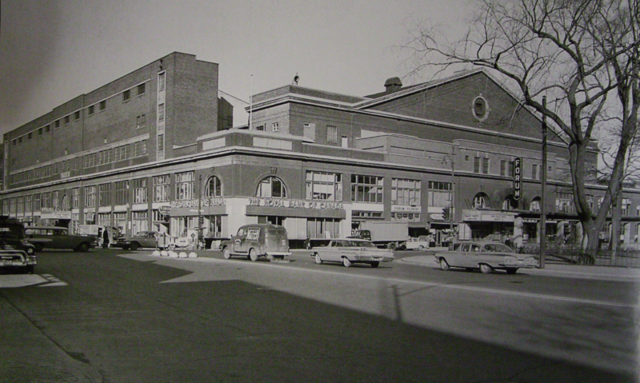 The Montreal Forum - Le Forum de Montréal was an indoor arena located facing Cabot Square in Montreal, Quebec, Canada. It was home of the National Hockey League's Montreal Maroons from 1924 to 1938 and the Montreal Canadiens from 1926 to 1996 - While hosting the Canadiens and Maroons on Thursdays and Saturdays, the Forum also hosted the Quebec Senior Hockey League, featuring the Montreal Victorias, Montreal Royals and the Montreal Canadiens amateur team on Wednesdays and Sundays. The Quebec Junior Hockey League played on Monday nights, the Bank League on Tuesdays and the Railways and Telephone League played on Friday nights -
The Montreal Forum hosted Memorial Cup games in 1950, 1968, 1969, 1970, 1973 & 1976, with the Junior Canadiens winning on home ice in 1970. In 1972 The Montreal Forum hosted game 1 of the famous "Summit Series" between Team Canada and the USSR, the USSR won the game 7-3. The 1980 NHL Entry Draft was hosted at the Forum. It would mark the first time that an NHL Arena hosted the event -
Only two visiting teams ever won the Stanley Cup on Forum ice: the New York Rangers did so in 1928, defeating the Maroons, while the Calgary Flames defeated the Canadiens in 1989 -
On March 11, 1996, the Montreal Canadiens played their last game at the Montreal Forum, beating the Dallas Stars 4-1 on a Monday night.