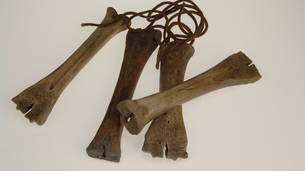 Bone Skates - Did Ice Hockey Start on Sk...
by PRESIDENT on July 23rd, 2014
Ice Hockey as we know it today is a fast sport played on skates made by various manufacturers, but they all have one thing in common, a thin blade of medal is what they skate on... 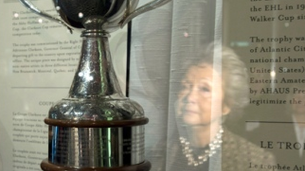 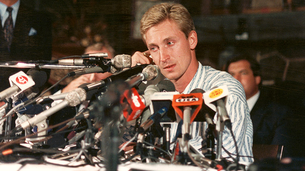 The Biggest Trade In Sports History - Wa...
by PRESIDENT on August 8th, 2013
Two hours after the Oilers won the Stanley Cup in 1988, Gretzky learned from his father that the Oilers were planning to deal him to another team.]Walter had known for months, b... 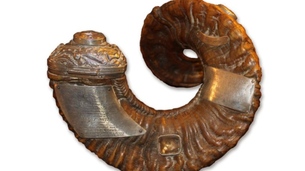 Worlds Oldest Shinty Trophy - 1829 - His...
by PRESIDENT on July 12th, 2013
The world’s oldest shinty trophy has remarkably turned up on a farm in the Highlands – just yards from where the match it had commemorated was played 184 years ago. The... 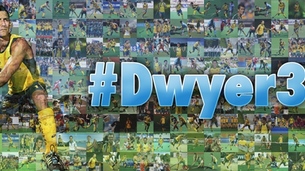 Jamie Dwyer - 300th Game Played for Aust...
by PRESIDENT on June 19th, 2013
Jamie Dwyer could have been revered around the globe as another Cristiano Ronaldo or Lionel Messi had he chosen soccer over hockey. But hockey chose him, writes Gené Step... 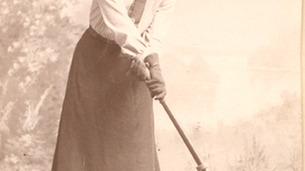 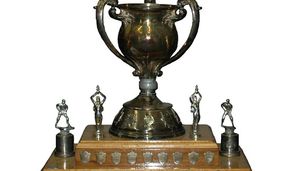 The Abbott Cup .. Lest We Forget - Capta...
by PRESIDENT on November 7th, 2012
By GREGG DRINNAN Edward Lyman Abbott (right photo) was, they all agreed, one of a kind. He w... 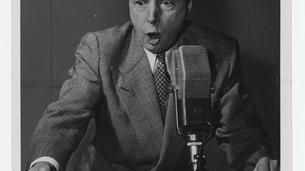 Meet Foster Hewitt, W A Hewitt & Family ...
by PRESIDENT on July 10th, 2012
At his home in Forest Hill, Ont., Foster Hewitt has just finished cooking a steak. A crew from CBC Television's Graphic is on hand to witness not only Hewitt's prowess in the...

Historical Facts and Information about the Game of Hockey

At his home in Forest Hill, Ont., Foster Hewitt has just finished cooking a steak. A crew from CBC Television's Graphic is on hand to witness not only Hewitt's prowess in the kitchen, but to meet the entire Hewitt clan. Foster proudly presents his father and wife, then approaches the table where his children are playing Scrabble. Between introductions, we hear anecdotes about Foster's boxing career, his first hockey broadcast and his secret for remembering names.

• Foster Hewitt married Elizabeth Kathleen How in 1925 and the couple had three children (Bill, Wendy and Ann.)  • The Toronto Star's radio station went off the air in 1933; the Star had supported public ownership of radio and, after the 1932 Broadcasting Act, looked toward government stations eventually replacing private ones. Hewitt's broadcasts were then carried on Toronto's CFRB and relayed to other stations.  • When the CBC was created in 1936, Hewitt's games were carried on CBC affiliate stations. In the 1950s the name Hockey Night in Canada was used.  • In 1951, Foster Hewitt also started up his own radio station with call letters ending with his initials: CKFH, AM1430. It started at a power of just 250 watts but grew to a powerful 50,000 watts. In 1963 Hewitt retired from his other duties to devote all his time to CKFH.  • In the spring of 1952 Foster Hewitt became the first broadcaster to try play-by-play skills on television for CBC. Hewitt called a closed-circuit broadcast of a Memorial Cup game at Maple Leaf Gardens for a group of hockey and broadcasting officials, convincing them the same style of commentary could be done on TV.  • On Nov. 1, 1952, Foster Hewitt broadcast Canada's first televised hockey game for Hockey Night in Canada, a match between the Montreal Canadiens and the Toronto Maple Leafs. In 1957, he turned over the television role to his son Bill, and returned to radio (though Foster continued to do the televised post-game wrap-ups and announce the games' three stars).  • Bill Hewitt's hockey broadcasting career actually began at age eight. Each year Foster would give him one minute of radio airtime on "Young Canada Hockey Night" a practice that lasted 11 years. Bill Hewitt went on to be a manager of CKFH before taking over CBC Television's Hockey Night in Canada from his father.  • In 1973, Bob Cole replaced the ailing Bill Hewitt, who eventually retired in 1981 due to a debilitating blood infection. In 1996, the Hockey Hall of Fame awarded Bob Cole the Foster Hewitt Award for Excellence in Hockey Broadcasting. You can see Bob Cole paying tribute to the late Foster Hewitt in our additional clips.  • Kay Hewitt died in 1969 after a battle with cancer. In May 1972, Hewitt married Joan Darlie Lang.