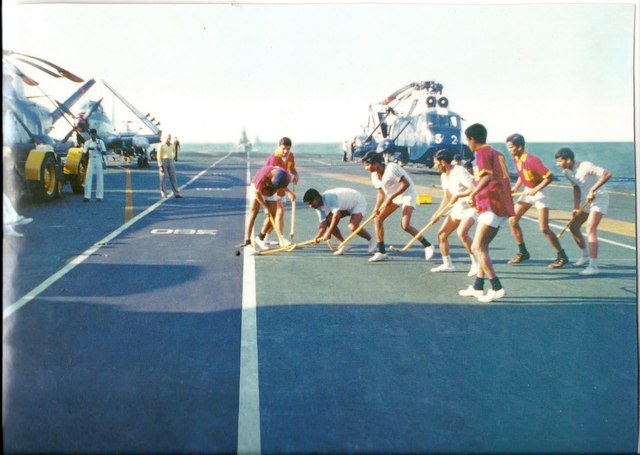 INS Vikrant, the first aircraft carrier of Indian Navy, was decommissioned on January 31, 1997. The ship which played a key role during 1971 Indo-Pak war has now been converted into a maritime museum and anchored off the Gateway of India in Mumbai.
The word Vikrant means valiant or powerful, and the crest of the carrier showed a combination of bows and arrows portraying the fighter planes taking off the carrier to strike the enemy. The motto Jayema Sam Yudhi Sprdhah was taken from Rig Veda which means ‘I completely defeat those who dare to fight with me’.
Vikrant was originally known as HMS Hercules -- was to be one of the six Majestic-class light fleet aircraft carriers of the Royal Navy. Her keel was laid down November 12, 1943 by Vickers-Armstrong, of Tyne, England, and she was launched September 22, 1945