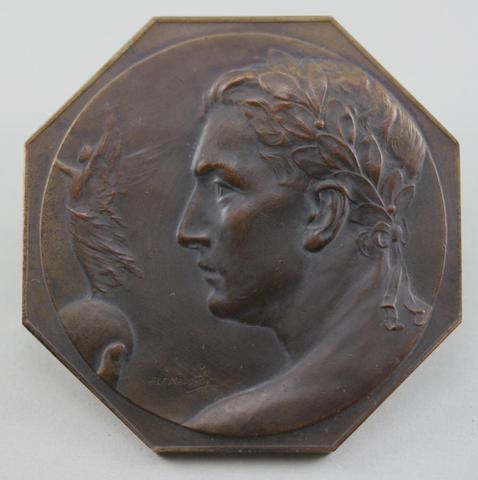 This unusual Art Nouveau octagonal medal is signed by Alf. Mauquoy in the obverse. The reverse is engraved in french, meaning "To Mr. Gaudencio Costa in recognition from C.I.R.H./ Antwerp 1954". C.I.R.H. stands for "Comité Internationale de Rinck-Hockey"; Gaudêncio Costa was a portuguese eclectic sportsman, the first president of the FPP - Federação Portuguesa de Patinagem (Portuguese Roller Sports Federation) founded in 1933 and also president of the International Federation of Roller Skating and, years later, president of the National Olympic Committe (COP) between 1973 and 1976.