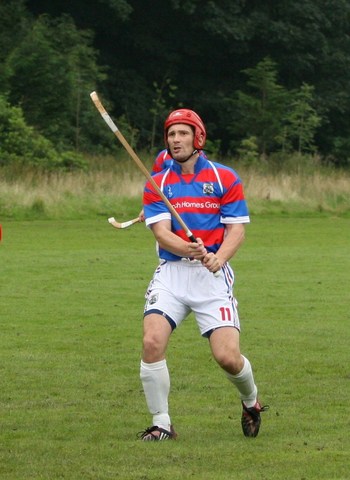 Kingussie Shinty star Ronald Ross, the most successful player in the sport’s history - Since breaking into the Kingussie first team in 1992, he has re-written the record books over and over again - In May, 2009, he took his tally of first team goals to 1,000 – a feat now registered with the Guinness Book of Records - He has also been Man of the Match in three Camanachd Cup finals - Twice won the Glenfiddich Spirit of Scotland Award for Sport - As well as captaining Scotland, he has popularised the wearing of safety helmets amongst young players. He is employed as a shinty development officer by the Camanachd Association.