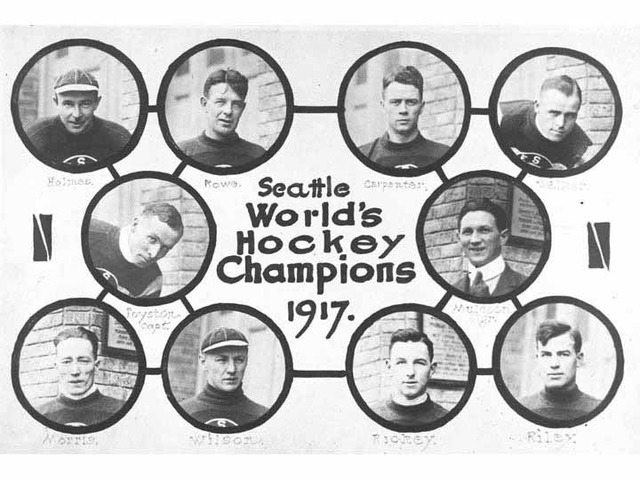 Seattle Metropolitans won the PCHA title after finishing the 1916–17 regular season in first place with a 16–8 record. Montreal Canadiens advanced to the Stanley Cup final series after narrowly defeating the Ottawa Senators, 7–6, in a two game total goals playoff series to end the 1916–17 NHA season. The Stanley Cup finals were played at the Seattle Ice Arena. Games 1 and 3 were played under PCHA rules; Games 2 and 4 were played under NHA rules. In game one on March 17, 1917 Didier Pitre scored 4 goals as he led the Canadiens to an 8–4 victory. The Seattle Metropolitans won the next three contests on March 20, with a score of 6 to 1, March 23, with a score of 4 to 1, and March 26, 9 to 1 win the Stanley Cup, allowing only one goal in each game. Bernie Morris scored 14 of Seattle's 23 total goals for the series, including 6 in their 9–1 victory in game four. The Seattle Metropolitans became the 1st USA team to win the Stanley Cup.