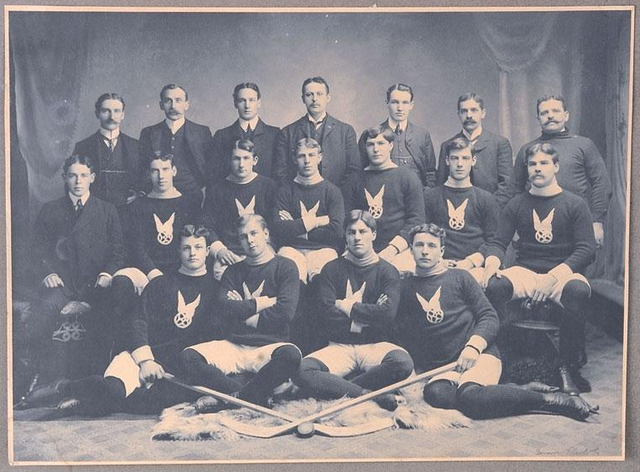 Montreal Hockey Club won the 1902 CAHL title in March, they promptly sent a challenge to the Winnipeg Victorias. In game one of the best-of-three series on March 13, 1902, Winnipeg shut out Montreal, 1–0. However, on March 15, Montreal shut out Winnipeg in game two, 5–0, and then on March 17, they held on to a 2–1 victory in game three. With the victory, the Montreal Hockey Club won the Stanley Cup for the first time since 1894.
Jack Marshall of Montreal, who had played for the Winnipeg Victorias team in the previous year, faced his old team and scored three goals, including the series clincher. Archie Hooper also scored three for Montreal in the series victory.