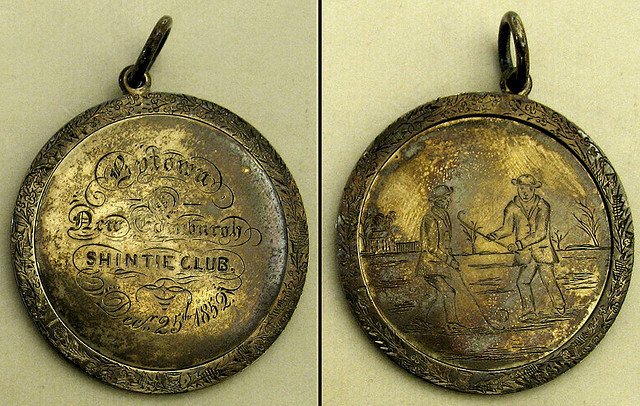 On Christmas Day in 1852, a game of Shintie (an early form of hockey) was played on the frozen Rideau River between the Scots of New Edinburgh and the Sassenachs (or Englishmen) of Bytown. The New Edinburgh Scots won the game 2–1.

The winning team received a silver medal to acknowledge their triumph. The medal shows that shintie was played with a ball and a stick curved at one end, similar to a field hockey stick. The game of shintie dates back centuries and was originally played in Scotland and Ireland. The 1852 medal was passed down from teammate to teammate and was eventually donated to the Bytown Museum.

The referee for the shintie game was Thomas MacKay's son-in-law, John MacKinnon. The names of most of the Bytown players are now unknown, except for that of James Peacock. The New Edinburgh team included John Lumsden, D.M. Grant, Allen Cameron, Peter Fraser and William McDonald, as well as Donald and Hugh Masson.