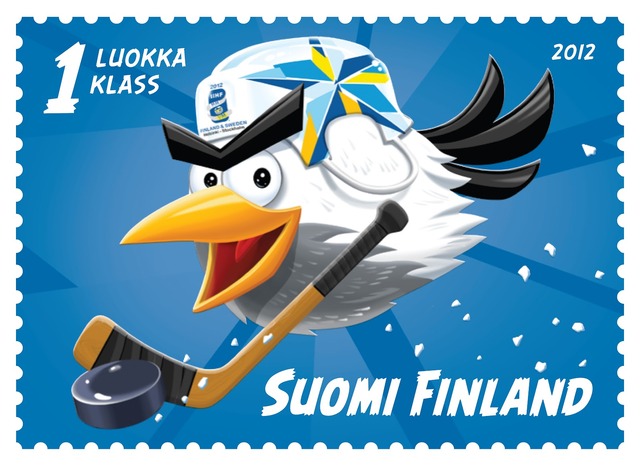 The official stamp of the ice hockey world championship 2012 tournament to be organized in Helsinki will portray the widely noted mascot HockeyBird. The stamp, postcards and first day cover will be available for sale on March 21, 2012.

The stamp and additional products are designed by the man behind the look of the mascot itself. He is, of course, Lead Artist Toni Kysenius of Rovio Entertainment, who has now fulfilled his long-time dream of designing a stamp.

"HockeyBird's job is to bring high-voltage bird energy to the great sporting event and to barge into anything and everything, so it is only natural that he will also take over the stamp," Toni Kysenius says.

The first-class self-adhesive stamp sold in sheets of ten is also well suited for sending greetings abroad. Five million copies of the stamp will be printed. The printing is being carried out by the Dutch printing house Joh. Enschedé Stamps.